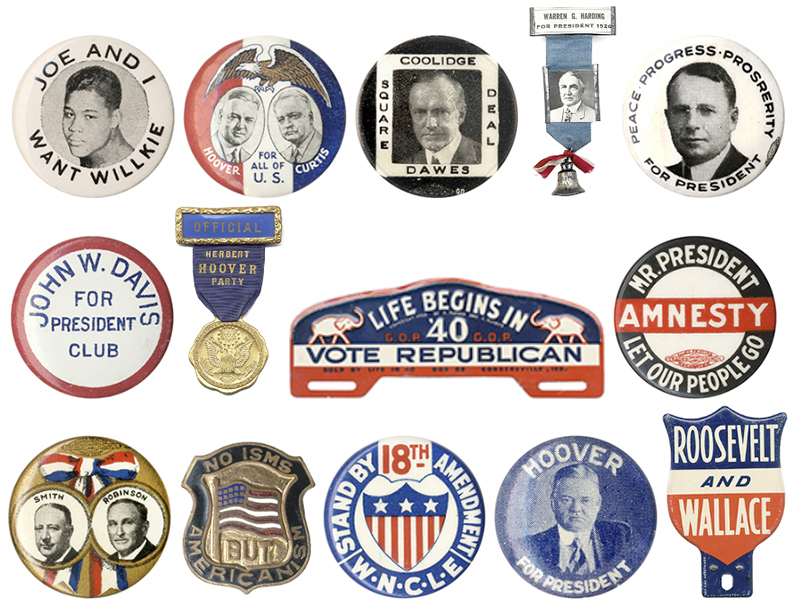 Featured in our latest update are items from the 1920s and 1930s, the two decades "between the wars" in which America experienced both great prosperity and great hardship. In politics it saw contests for the White House between Harding and Cox (1920), Coolidge and Davis (1924), Hoover and Smith (1928), Hoover and Roosevelt (1932), and FDR and his first two Republican challengers, Landon and Willkie (1936 and 1940). Some of the rarest and most prized buttons in the hobby date to this period, and collectors pay some of the highest prices for them. But there's an abundance of material within reach of average collectors as well, and we have a nice selection this month, with many pieces under $100.