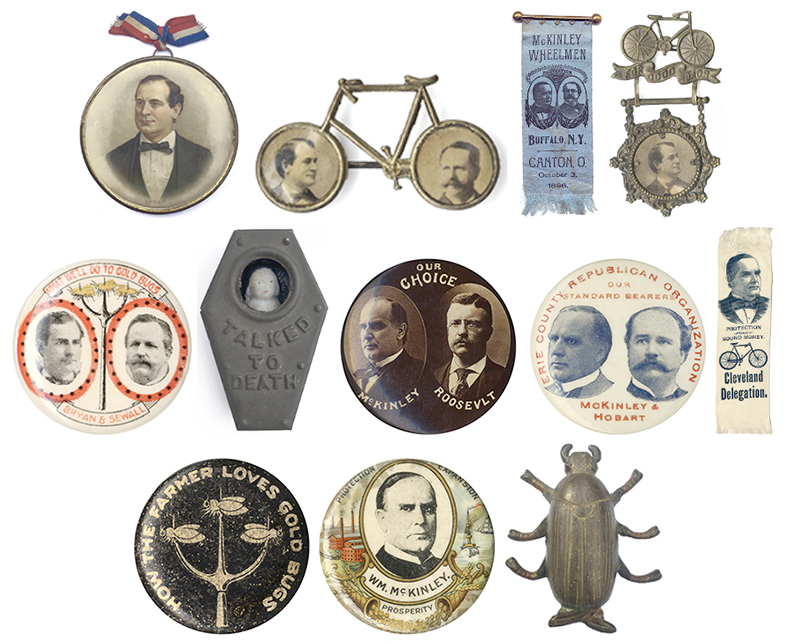 Our June update is all Bryan and McKinley, rivals in two presidential contests at the close of the 19th century and the dawn of the 20th. The campaigns were both traditional and innovative, a throwback to an earlier time and a harbinger of things to come. No candidate had reached the people in the way Bryan did, barnstorming the country and giving thousands of "whistle stop" speeches. No candidate before McKinley utilized professional pollsters and managers as effectively. The men never debated, but there was a raging debate in the press over the silver question, and that issue spawned a vast array of material culture, including the iconic gold and silver bugs. Pinbacks as we know them today first appeared in 1896, and would soon replace ribbons, badges and medals as the preferred means of broadcasting one's political leanings. For collectors, these two campaigns are a veritable bonanza.