Gone the way of the Whigs 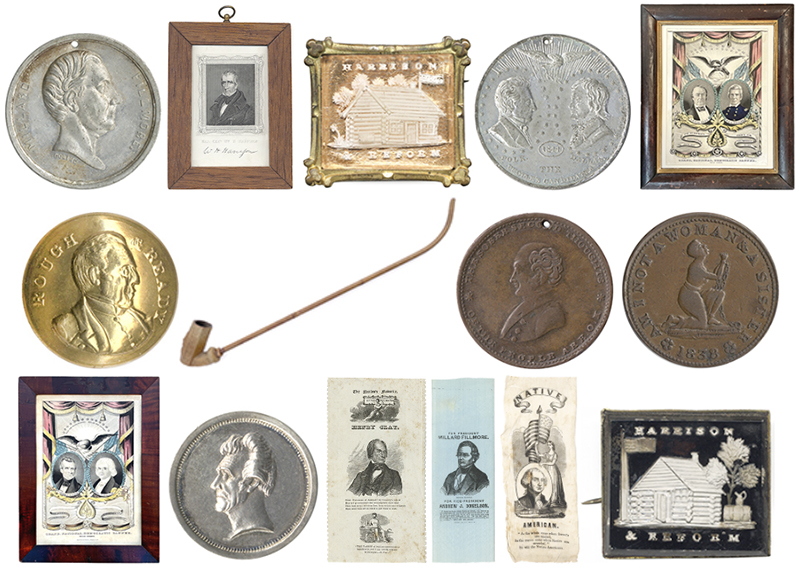 The expression, "Gone the way of the Whigs," refers to a powerful American political party that arose as the opposition to Jacksonian Democracy, coalescing around traditional Federalist conservatism, achieving majorities in Congress and two presidencies (four counting the vice presidents who ascended to the office upon the deaths of Harrison and Taylor), only to collapse over sectional differences and the slavery question. After failing to put the ambivalent Winfield Scott in the White House in 1852, the Whigs had all but vanished as a national political force by 1854, and what was left of the party became Republicans or Know Nothings.

The Whigs and their era may seem remote today, but the early decades of the 19th century were a lively and rambunctious time in American politics -- and also a fun era to collect. January's update features a selection of rare medals, ribbons, badges and other items that bring that faraway time to life.