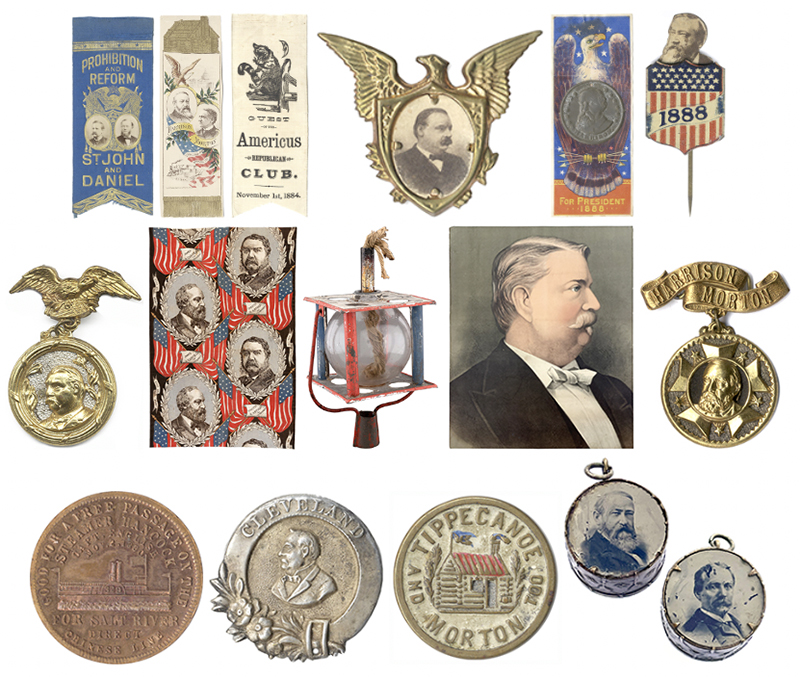 As summer wanes and harvest time is upon us, we have a selection from a bountiful season for political memorabilia, the late 19th century. Indeed, for sheer variety and color, the 1880s and '90s were hardly surpassed by the "golden era" ushered in by the celluloid button in 1896. The campaigns of Garfield, Hancock, Cleveland, Blaine and Harrison were fertile soil for the production of "badges bright and flamboyant" -- by the hundreds -- as well as magnificent posters and textiles, ribbons, ephemera and accoutrements. It was the era of the torchlit parade, where partisans dressed in uniforms and carried flaming torches through the streets, singing campaign songs accompanied by brass bands. For the collector, it's a bumper crop indeed.

In addition to new items in The Gallery, be sure to check the Bargain Bin and Collection Builder categories.