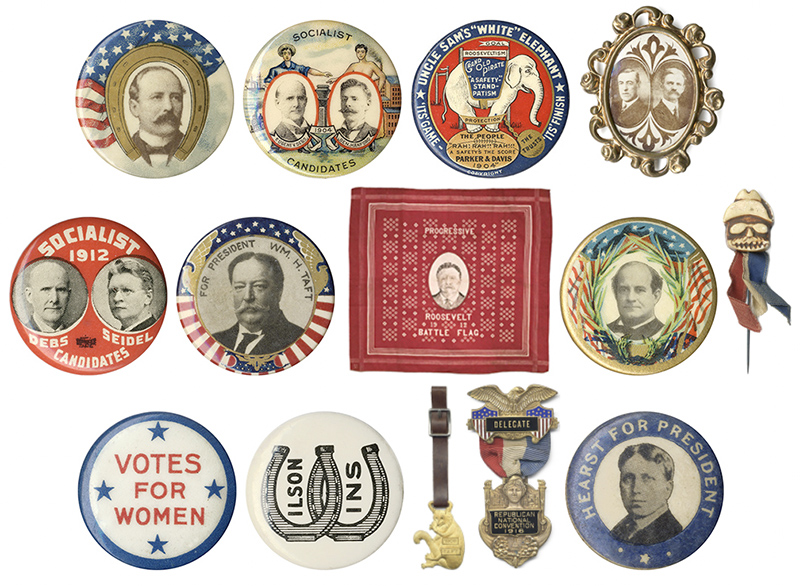 We have a selection of items from the Progressive Era this month, a period roughly corresponding to the presidencies of Theodore Roosevelt, William H. Taft, and Woodrow Wilson. Both major political parties sought to align themselves with a more liberal and progressive electorate, one that favored workers' rights, woman suffrage, and more government oversight of business, which had run amok during the Gilded Age. TR hoped to strike a balance with his "Square Deal" policies. His anointed successor Taft returned to the conservatism of McKinley, but would hand the keys to the White House to Wilson, a conservative Democrat who courted Bryan populists, largely because of Roosevelt's decision to run again in 1912 on the Progressive Party ticket. All the while, the Socialist Party of Eugene Debs attracted more voters, drawn by its charismatic bald leader.