The era of Teddy 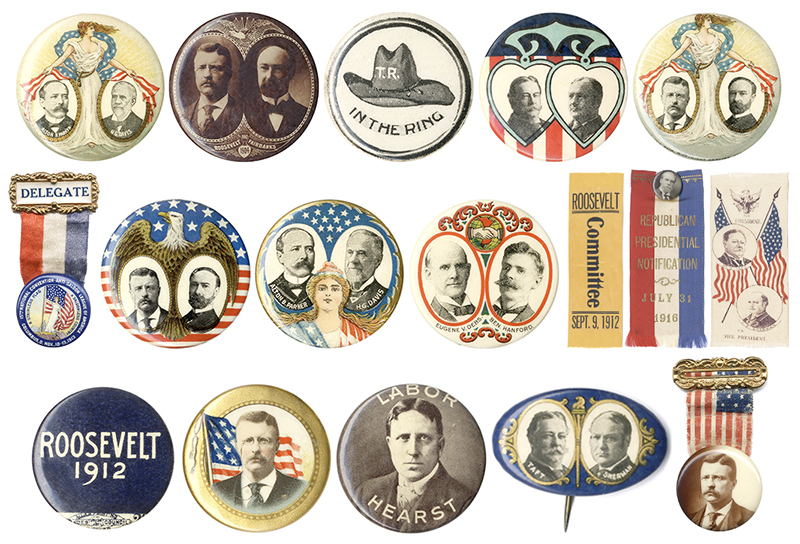 The early 20th century was a politically pivotal time in American history, thanks in large part to one man, Teddy Roosevelt, who entered the White House at just 42, and remains our youngest president. His presidency was transformative in many ways, and much of the politics of the next generation was in reaction to the policies he implemented or advocated on the stump. While others did the heavy lifting, his forceful personality futhered many progressive reforms, from woman suffrage to conservation. Without him, it's hard to imagine the America we know today.

This month's offerings are from the era of Roosevelt, also known as the Progressive Era, roughly the period from the election of 1904 to that of 1916. In terms of politics, the meridian of the Progressive Era was the election of 1912, when Teddy bolted the Republican Party after it spurned his overtures for the nomination, and ran as a Bull Moose, launching the most successful third party presidential bid in American history -- and spawning copious and colorful memorabilia, avidly sought after by collectors today. Some of the most attractive campaign buttons, all agree, were issued for the elections of this period. Some are featured in our new listings.

Also, more "sizzling summer" eBay auctions end tomorrow night. Click here to see what's on the block and bid. All have low minimums and no reserves.