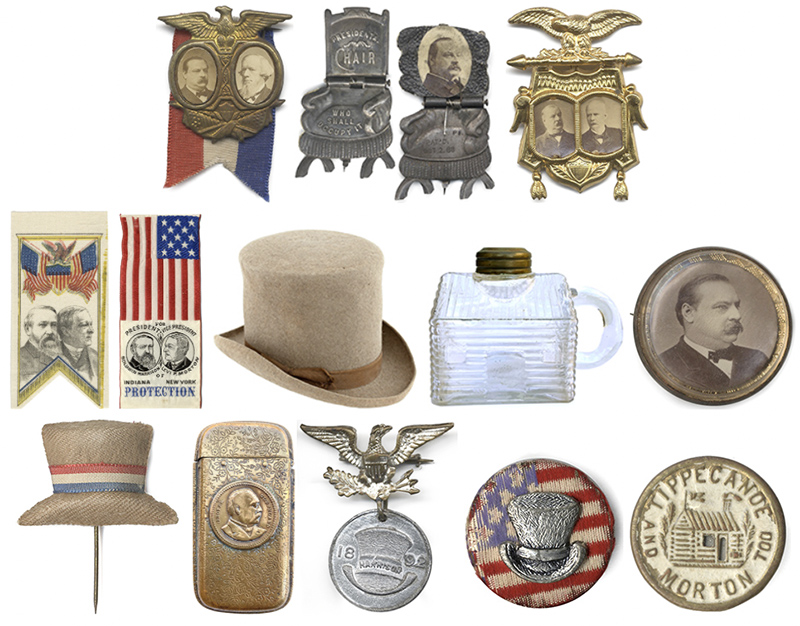 This month we offer a selection from the campaigns of the 1880s and '90s dominated by two names: Cleveland and Harrison. The rotund Grover Cleveland of New York, nicknamed "Uncle Jumbo" or "Big Steve" (his first name was actually Stephen) was elected on a reform platform in 1884, defeating Washington insider James G. Blaine. He served one term before suffering defeat to the diminutive governor of Indiana, Benjamin Harrison, nicknamed "Little Ben" or "The Same Old Hat" in reference to his grandfather, William Henry Harrison. Cleveland did what no other defeated incumbent has done: got himself reelected. Harrison would serve just one term, but his two campaigns produced a prodigious quantity of material in every category, from ribbons and badges to textiles, apparel, and even household items. For collectors, this era is a veritable goldmine!